God, The Sinking Ship and the Five Percent

Imagine there is a Cruise Ship full of people having fun.
The Ship is anchored just off the coast.
You and I are on the beach and can clearly see the ship.  We can hear their laughter and the loud music; we see them eat, kiss, laugh, dance, drink and sunbathing. They believe everything is just perfect as they are completely absorbed into whatever it is that they're doing.
You and I suddenly notice a huge hurricane approaching from the ocean horizon behind the ship. As we begin to yell, scream and move our arms with all our energy to get their attention to warn them (so that they may save themselves) something strange happens. While 95% of the passengers remain blinded to the approaching threat by their own entertaining activities, the remaining 5% can now hear and see us. They, indeed, clearly understand what we are saying but, for some reason, they become extremely irritated and begin to angrily accuse us of lying. Not only do they refuse to look back at the approaching hurricane even once, but to our surprise they become more and more focused on hating us. With each passing moment their unreasonable anger towards us increases exponentially. And while this continues, this same 5% who was given the grace of having been  informed of what is coming, refuses to both help themselves and, even worse, the remaining 95%.
A few people in the 95% noticed that the other 5% were yelling at someone on the beach, and approached them and asked what was happening, but the 5% would angrily spread lies and call the two good-hearted people on the beach "terrorists" or "dangerous" or "liars". And so, even the few who could have chosen to save themselves were immediately blocked from knowing the truth – and so just returned to their fun.
But WHY was that 5% so stubborn? Did they maybe feel that our warning was interrupting the comfortable lives and fun experiences they were living? Or were they too terrorized to deal with the mere fact that the ship they so much enjoyed was going to be destroyed, therefore seeing the end of an unforgettable experience of which memory will now be erased by tragedy ? Or were they, instead, the employees of another Cruise Line who infiltrated the company and were paid to accomplish the disastrous damage their hidden and evil superiors cunningly planned all along? And so, after you and I screamed, cried and despaired in vain because that 5% had by now clearly imposed itself as a true active contributor to an easily avoidable tragic disaster, you and I must now run for higher ground and leave the ship behind as our lives are also in danger. 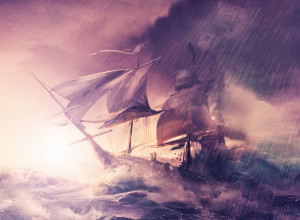 And while you and I might never get to know the reasons behind such unjustifiably evil behavior displayed by that 5%, God DOES Know. He Does because He Knows all things and all minds. He had been following that same ship for two thousand years; each month there were new people coming aboard and being changed by it forever. For two thousand years He had been protecting it from the many dangerous attacks of vile pirate ships as well as from the hundreds of unmercifully wrathful sea storms during those cold and dark nights. But today…today is a different day. That ship must come to its end because He, The Maker of It, has just finished the last touches and details of what shall be our new home: His PERFECT Island. Because of both God's Newly Finished Masterpiece and the terrifying hurricane approaching, we now must make a choice before it's too late: do we listen to His Warning, believe it, face it, see it and jump on that unstable but saving raft towards His protected Paradise? Or do we choose to comfortably stay on that ship for that remaining hour before it is reduced to ashes?

God Loves ALL those people on that Cruise because He Made them, Grew them, Sustained them in Love while Knowing their every thought, word, joy, sorrow, laughter, tear and sin from their very conception. 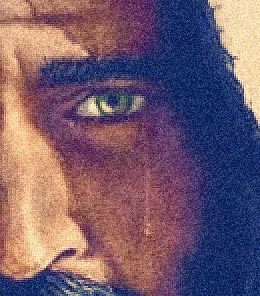 And so many were the tears that were wept from His Eyes during the next 21 days that the ocean levels were raised by 100 feet, causing the ship to be swallowed by the mighty waters. The 95% of His children were screaming in despair: as they could now see the horrific reality found beyond the boundaries of their own colorful illusions, their being was entirely consumed into infinite death by the utmost degree of regret upon realizing the unrepairable mistake of not having left the ship for that one last dance. They were raised in the air and swallowed into the dark clouds where eternal night reigns.

But to the remaining 5% who contributed to the fall of so many misguided and deceived innocent souls God Said: "Because of the unmeasurable pain you caused Me, from this moment onward your flesh shall serve as eternal meals to be devoured by the foul creatures of these poisoned waters. What once were My Tears of pain shall for you be like burning waters forever nurtured by your endless tears of despair. Your souls shall be like trembling fishing bait for hungry jellyfish and your skulls shall be firmly nailed to the bottomless pit of this ocean with the same spears that for so long pierced My Heart. To all this there shall be no end as you will suffer in everlasting death".

At the screams and curses of His now tormented children, The Rejected Father having no more tears left in His Body, Walked away toward His Town.
Upon approaching the village He Found His entire Family waiting on Him with tears of tremendous joy and love. As He Looked at all His children being united in His Home for the first time, His Heart stopped for an instant as He recalled seeing this image for all Eternity. A new tear started to come out of His Magnificent Eye; this tear was not of sorrow but of uncontainable joy: it was the first of a long series of unceasing tears as He Hugged ALL His children one by one and all together, laughing with immense joy and celebration because He Was now the GOD AMONG THEM.
The eternal festivities were now beginning, but this is another chapter…. 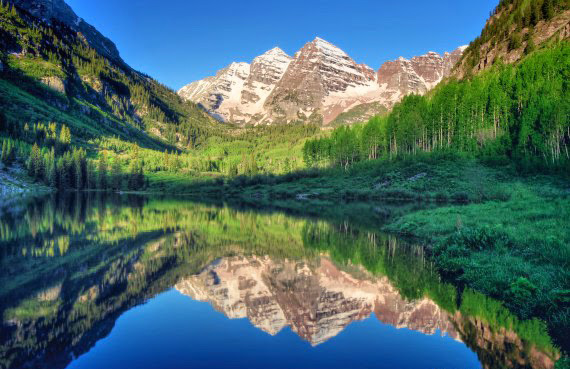 4 comments for “God, The Sinking Ship and the Five Percent”