"You are of your father the devil, and the desires of your father you will do. He was a murderer from the beginning, and he stood not in the truth; because truth is not in him. When he speaketh a lie, he speaketh of his own: for he is a liar, and the father thereof."  ~ JESUS CHRIST, Gospel of Saint John 8:44 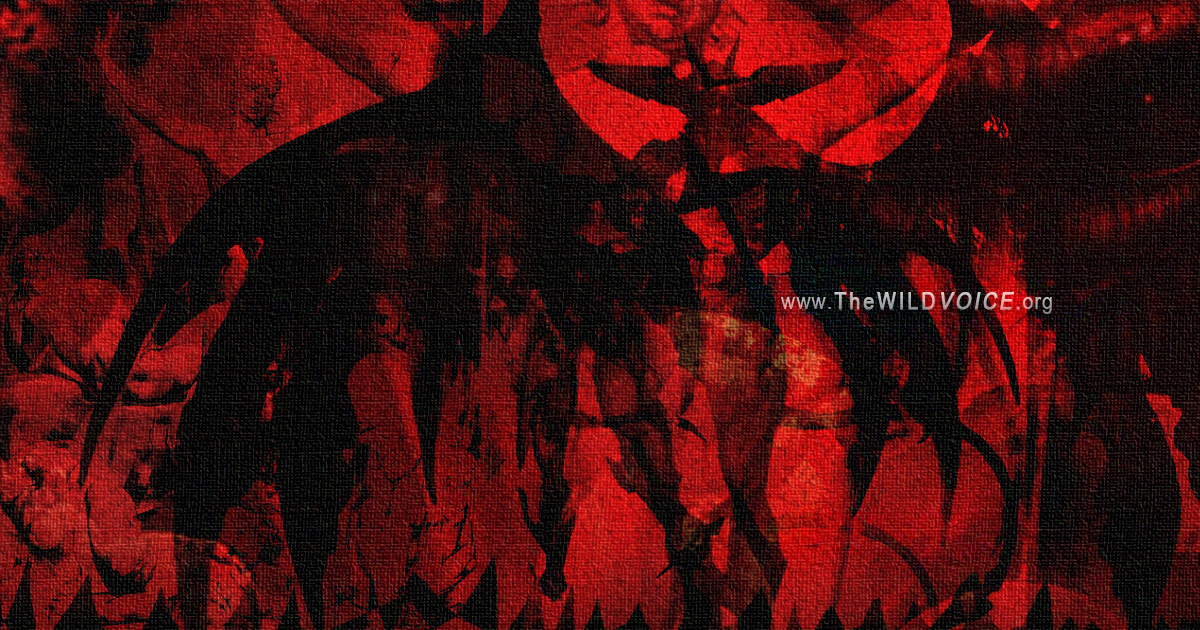 IMPORTANT NOTE:  Please understand that this article is not meant as a commentary on Jimmy Akin personally or the organization he works for.  It is presented to raise awareness and alertness to a much bigger and far more important idea that the authors hope will at the very least give true believers great pause.

Here is the video along with a transcript below:

TRANSCRIPT:
CALLER:   "If everything that God made is beautiful and if God loves everything that He made, does He still love Lucifer even though he is the fallen angel?"

AKIN:   "Yes.  God loves all of the good things there are about the Devil, and there are many good things about the Devil.  He's intelligent.  He's got a lot of power – things like that.  Those are all attributes that God gave him as well as the attributes that He gives the other angels and that He gives us.  So, those are all positive things and God loves the Devil in that sense.  He does not love what the Devil has done with his will, which is to choose evil and to choose hatred and to choose the opposite of love.  So, the positive things, yes God loves – the negative things, no He doesn't.

AKIN:  "Yeah.  Now, there's another twist to this though that in much of Catholic theology it's been commonly understood, and this is especially true in the Thomisitic tradition from Saint Thomas Aquinas, that God's love is different from ours.  Our love looks at a created good and is attracted to it, so if we see something beautiful, we're attracted to that and that's what love is for us – that attraction we experience to things that are good.  God's love is different in that He's the one giving the good thing to a particular being and so the way God loves someone is not by being attracted to them but is by making them good, by giving them good attributes." 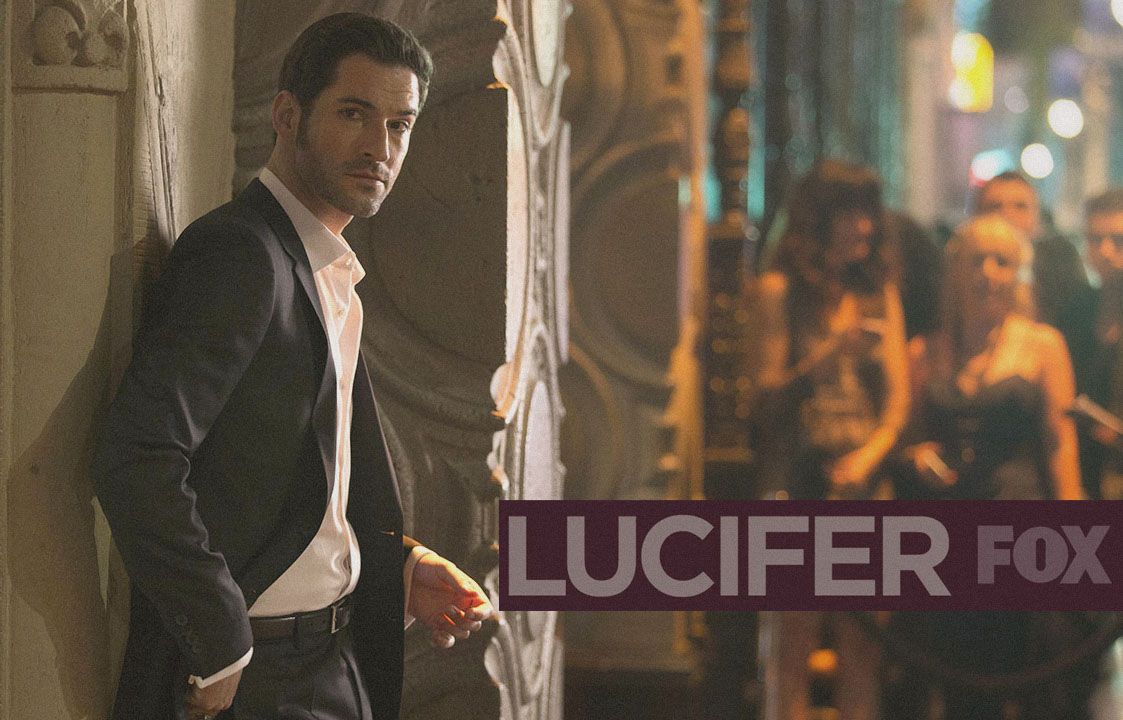 This fall a new television show called 'Lucifer' will premiere in prime time.  The show is produced by Fox and is an adaptation of a spinoff comic book series of the same name created by Neil Gaiman.  The show's premise is simple enough:  Lucifer Morningstar, the Lord of Hell, becomes bored and unhappy, renounces his throne in Hell, and incarnates in Los Angeles where he opens a nightclub called Lux and also helps the police solve crimes.
Some Christians were so upset by the show that they began petitions to stop it from airing because they said "The series will focus on Lucifer portrayed as a good guy".  The controversial Fox project does ultimately begin with the proposition:  Maybe, just maybe, Satan is not all bad after all.
We should not be surprised that a TV show might brazenly unleash this kind of sensational and perhaps scandalous ideology, since the entertainment industry obviously works in the realm of fantasy and fiction.  However, the bold assertion that Mr. Akin makes while wearing the title of 'Senior Apologist' under a label of 'Catholic' is fundamentally no different.
Mr. Akin does not give a breath's pause before answering or even feel the need to begin with an "I know this will sound shocking…" before recklessly proclaiming that God loves the Devil.  He too is in essence saying "Hey folks, the Devil is not all bad" and strongly implying that "God is so loving that He could never hate anyone or anything – not even Satan himself."  Please also note that Jimmy Akin chooses to specifically use the word "Devil" to make it very clear that he means (present tense) Satan, the enemy of God and not simply the created angel Lucifer before his fall.  The apologist works hard to make the case that there are "good things about the Devil" and even needs to go further in stating that "there are many good things about the Devil".  Both of these claims are dead wrong and very dangerous should any soul actually believe them.  This kind of confusing indoctrination, whether it comes from a television series or much worse a 'Catholic' radio show,  is the very beginnings of Luciferianism.

Does God Really Love The Devil?

No.  God does not love the Devil.  There is nothing good in the Devil.  There is not one drop of God's Love left in that beast. Because of this truth, we must never compare a human being who may commit an evil act within a living condition (meaning during his/her earthly life) but who is still offered the possibility of repentance and the gift of absolution with a wretched and damned creature which possesses no God (hence, the consequent incapability to feel any remorse) but only the sheer darkness of eternal death.
Indeed, the Devil is the very enemy of Life. And Life Is Christ Himself, for He Said so in John 14:16 – "Thomas said to Him, 'Lord, we do not know where You are going. How do we know the way?' Jesus said to him, 'I am the way, and the truth, and the life; no one comes to the Father but through Me'."
The evil one is the very enemy of God, hence the entire cause of God's sufferings since Adam's tragic fall from grace to death changed the nature with which all things come into existence, it involving the stamp of death being imprinted unto all men's souls regardless of the fact that God Creates all things but sin. That covenant of terror taking place in the garden of eternal perfection, being offered by the serpent and finalized by our fore-parents' consummation of a satanic "eucharist" in the form of an apple, desecrated all that comes from God by perverting it into its very contrary. Because of the gravity of such abomination and its consequences, as well as the unfathomable suffering caused by men's betrayal of God, it was the Lord's Self-Sacrifice of separation from within Himself and between the Father and the Son, of taking upon Himself the humiliation of being clothed by the same attributes of sinners, and of freely accepting His Own plan of becoming the brutally tortured victim killed by the same ones He Loves, that will continue to involve God in a on-going Calvary He never desired to begin with. This condition of slavery He freely Takes upon Himself each and every second of our despicable human history despite the incomprehensible amount of evil that, channeled through the door of our disobedience, is being inflicted upon God by a torturing Satan. This is the condition in which God willingly, and out of a Mercy most mysterious for our poor arid souls to even perceive, Becomes the only innocent and suffering party within a triangular relationship that never was meant to exist. He purposely Decides to allow the poisoning smoke of Satan's deceit upon mankind to cast a shadow upon the glory of His State, trapping Himself into the small dimensions of our earthly time so as to live the full weight of each sin, of each thought, of each action, of each word of each and every life in which they take place. Just as if a King were to leave His Castle in order to live in the midst of his kingdom's poorest so as to help them day after day while suffering from others' sufferings ~ all while having full memory of that glorious condition He willingly renounced to. This is to give away gold in exchange of mud, or even better, to gift others with the most expensive Champagne in exchange of some bitter vinegar. This unfair resolve decided by the one who also inflicts it upon himself for the sake of still loving the sinner irremediably comes at the price of being insulted by a laughing Satan standing in front of a nailed and weeping Lamb.
In this context, the Almighty God Chooses to permit our race to continue living on earth (and to continue to have the undeserved and unimaginable opportunity to enjoy the gifts of the Fruit of Redemption) at the constant price of being tortured by that same adulterous covenant that cast men into labor and serpents unto their bellies. Now, if we ponder on the fact that this triangular relationship (and the cost it involves) ought to be multiplied about eight billion times (the rough amount of today's world population) we can at least give up on trying to imagine what could never be contained in our minds and, instead, pick up our Rosaries and let our hearts meditate on God's Mysteries.
The devil's doomed condition remains forever unchangeable.  We know so for it is written that the Beast shall be thrown into the lake of fire for eternity.  As Akin gives the list of the "many good things about the Devil", some of which allegedly being that "he is intelligent" and that "he's got a lot of power", radio host Patrick Coffin makes a quick intervention by adding that "he [the devil] exists", thus stating that by existing something (in this case, the infernal beast) is automatically loved by God. This is completely untrue, for to exist does not necessarily mean "to be filled with life", for even sin exists despite the fact that, being death in itself, it truly is the very killer of life. Because of this, we know that God does not love all things that exist, for He Hates sin and its origin.  Therefore, Satan is not to be perceived as a "living" creature but rather as a creature existing in a state of eternal death within a place outside of God's realm and in which only perpetual darkness – along with all the horrors that come with it – can be found. This place is called Hell. Since everything within this doomed place is void of God and of His Light, all existing creatures are now perpetually filled with all and only those evils which God Despises today as much as He did yesterday.

In addition we could add that God cannot love the Devil because in His infinite knowledge He Knows that such a proud, evil and ungrateful beast will never be able to change for he will never find an atom of regret within himself (having no love left in him).  This means that the Devil is pure and only pure evil, which could never be loved by God in any possible way whatsoever.  God cannot love sheer evil.  God hates sin and Satan is the very origin of such rebellion.  Mortal sin brings death to a human being's soul, and such a horrific act springs from the beast's irreparably ill mind.  The Lord Is incapable of loving the source of eternal hatred, darkness, self-obsession, self-worship, pride, murder, envy, theft, deceit, sexual perversity, rebellion, blasphemy and the thousands of remaining abominations.
God CANNOT love either sin or its origin (the Devil), which are the cause of billions of souls having already fallen into eternal perdition despite the inestimable price of Redemption: JESUS CHRIST'S PASSION AND DEATH ON THE CROSS.

← Cardinal Confesses to 'Mafia' Club Against Pope Benedict XVI and for Jorge Bergoglio ('Pope Francis')
VIDEO: The Raising of the Antichrist – Part I ~ HD →