HOW TO EXPLAIN JESUS CHRIST?
written by PAUL JOSEPH C. 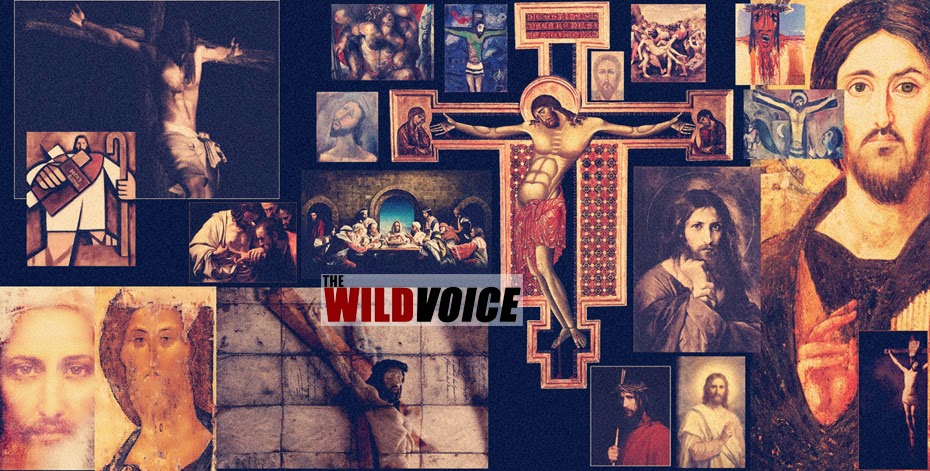 So much has been said about Jesus Christ. To this very today, theologians, apologists and believers (as well as non believers) try to define this God-Become-Man.

So often we talk about things we do not know of with absolute certainty and so often we answer all questions with the same exact conviction.
Have you ever asked yourself "What do I know about Jesus Christ?"
Certainly, we know that He Came down from Heaven for two reasons: to teach us how to live and to redeem all who lived, lives and will ever live under the sun.
We know also that He is Perfect, Being the Only Begotten Son of God, One with Him and Through Whom all things were made. We mentally know these notions as we believe what we say (or so we think) after knowing of them. But can we claim to truly know them? And How can we claim to know His Perfection?

If we suspend our current small mindedness to focus on His bodily contained Perfection as He Walked the Earth, we would know that His full Divinity and full Humanity were equally excelling in uncircumscribable degrees of spotless excellence in their composition, structure and nature. Yet, they remained locked in Mystery as the word "perfect" (only containing seven letters of the human alphabet) limits the Infinity of God's Son Whom Is God Himself. In verbally naming an already incomprehensible concept which the diminutiveness of our minds is forced to abstract, we are coerced to recognize the confinements imposed by the natural exile of mental and spiritual blindness in which we exist.
Our daring attempt at understanding the already unimaginable infinity of the Universe surely becomes far less challenging than the mere thought of Infinitely Uncorrupted Mind, Body and Soul which constituted the seen and unseen parts composing His Finite Incarnated Physical Frame.
The Mystery Revealed in Flesh, Owning full Knowledge and Understanding in His Uncreated Faculties, Was the One Through Whom the never-ending space and time were made.
The very words I'm effort-fully typing on this empty white electronic surface are, in themselves, a self humiliating failure as they can only emphasize the very uselessness of my mind's small fruits. God's Given gift of wisdom, it Being One of the Seven Jewels Donated through the generosity of the Most Holy Spirit, finds itself constricted by the fences of our mortal reason and anthropomorphic love which, casting the shadow of our own ignorance onto this Mystery of Perfection, seals such Reality behind the veil of secrecy.
The Perfection of His Love is part of, and the same of, which my written language is narrating in this very present.
The inexhaustible and ever renewed infinite amount of such love is reduced into the approximate human perception of a poorly made rendition that only can be an irrelevantly tiny part of that Ocean of Mercy we always refer to. If we, poor mortal creatures minted by the dirt on which we live and off of which fruits we survive, condensed all the love and virtues present in the whole of humanity's hearts into one treasure chest, the result would still consist of nothing more than a drop of tasteless water into an infinite wine filled chalice.
His Justice Mirrors Its Almighty Spring's Undecipherable Majestic Intellect of Creating the Laws under which all that is, was and will always be can find its origin and its continuously sustained existence. All His Limitless and Most Noble Virtues, being clothed by spatially contained visible human flesh attributes, remain impenetrable by our exhausted and erroneous understanding abilities which –through arithmetic, language or matter– can only succeed when explaining those aspects of visible nature that science has been able to correctly theorized through analysis. 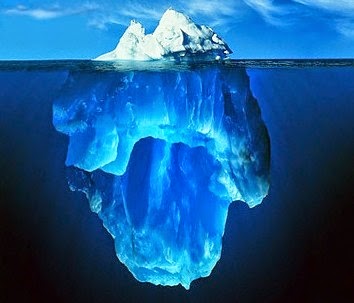 This above written thought does not even begin to scratch the surface of a ten-mile deep iceberg which silently cuts the frozen horizon behind.
This iceberg is the Mystery of Who Jesus Christ Is. There can be no words to describe what we can only say in words: PERFECTION.

This, my dear friends, could be seen as an acrobatic and baroque language exercise, but it truly dared to remind our small selves that what we ought to know of Christ Jesus is what was said of Jesus Christ and by Jesus Christ in the Books of the Gospels.
Theology, Ethnography, Apologetics or Soteriology can provide enriching intellectual notions, but it is the simplicity of the Word of God (and Its application into practice) what brings the true gift of True Knowledge, which will outshine any cognitively executed study of God's Mysteries through real wisdom.
God often Chooses the ignorant and illiterate men and women of this world as vessels to be turned into depositories of knowledge. Their lack of preestablished intellectual notions render them free to allow any possibility of God's Infinite Options to act liberally from those preconceived perceptions commonly attributed to The Creator and His Ways. God Keeps His Word as what He Does Is faithful to Himself and His Own Teachings. This is a basic and logical rule no Christian doubts about.
Within such, though, the Infinitely Creative Trinity Can often Seem to Be irrational, illogical, controversial if not almost contradictory when compared to our sophisticated human standards.
To think that the Lord and Savior of the Jews Was Born in a stinky manger during a cold night does not make much sense, does it? It should not be of much surprise if the high and all knowledgeable priests of the time did not see the Son of God in this humble person of no political power. Would you and I have believed this carpenter to be the Messiah? If He were to come today for the first time and be born in some suburban slum, would we expect Him to be welcomed with open arms by the Clergy of the Catholic Church – or of any other Church?

Abraham lied about his wife; he claimed that his wife was his sister.
Jacob lied to his father.
Judas betrayed Jesus.
David killed a man.
Isiah stripped off all his clothes and wandered around naked.
Hosea married a prostitute.
Moses killed a man.
Jeremiah fastened a cattle yoke to his shoulders.
Jonah disobeyed God and then asked God to kill him.
Ezekiel was a mute. He prophesied by drawing on clay tablets.
Matthew was a tax collector.
Peter denied Jesus 3 times.
Thomas doubted.
Paul killed many Christians.

In the examples here above (as well as myriads more) God Has Shown to us that He –and He Alone– Can Do all things. He Will Choose to Bestow certain gifts unto whoever He Desires Through His indisputable Perfect Will. Among these gifts, the one of prophecy is of crucial importance as it is always God's Protecting Warning for His children.
The End Time Prophet, Maria Divine Mercy (being no more a sinner than St. Paul or Moses who both committed murder) is God's Choice; and His Choice Is His Will, which we ask that "May Be Done" in Our Lord's Prayer every single day.
Let us put ourselves in the shoes of those Christians who witnessed a half gentile-half Jewish pharisee named Saul cruelly persecute their brothers. How could those same individuals believe a word of what he would later preach under the name of Paul and in the name of Jesus Christ? Wouldn't also those Christians claim Paul to be unworthy of the mission he was given, if not even untrustworthy since he had killed in his recent past?
In order not to commit the same mistakes many of those who came before us did, we must always meditate on the true and practical circumstances in which all that is contained in Scriptures occurred. This shall not entail only or solely a study of the social, political and cultural factors in the way we would approach a history book.
Such process would merely become a Bible study which, without dismissing its role, can only benefit a cerebral knowledge filled with rational notes, events, facts.

4 comments for “To Know Jesus Christ”